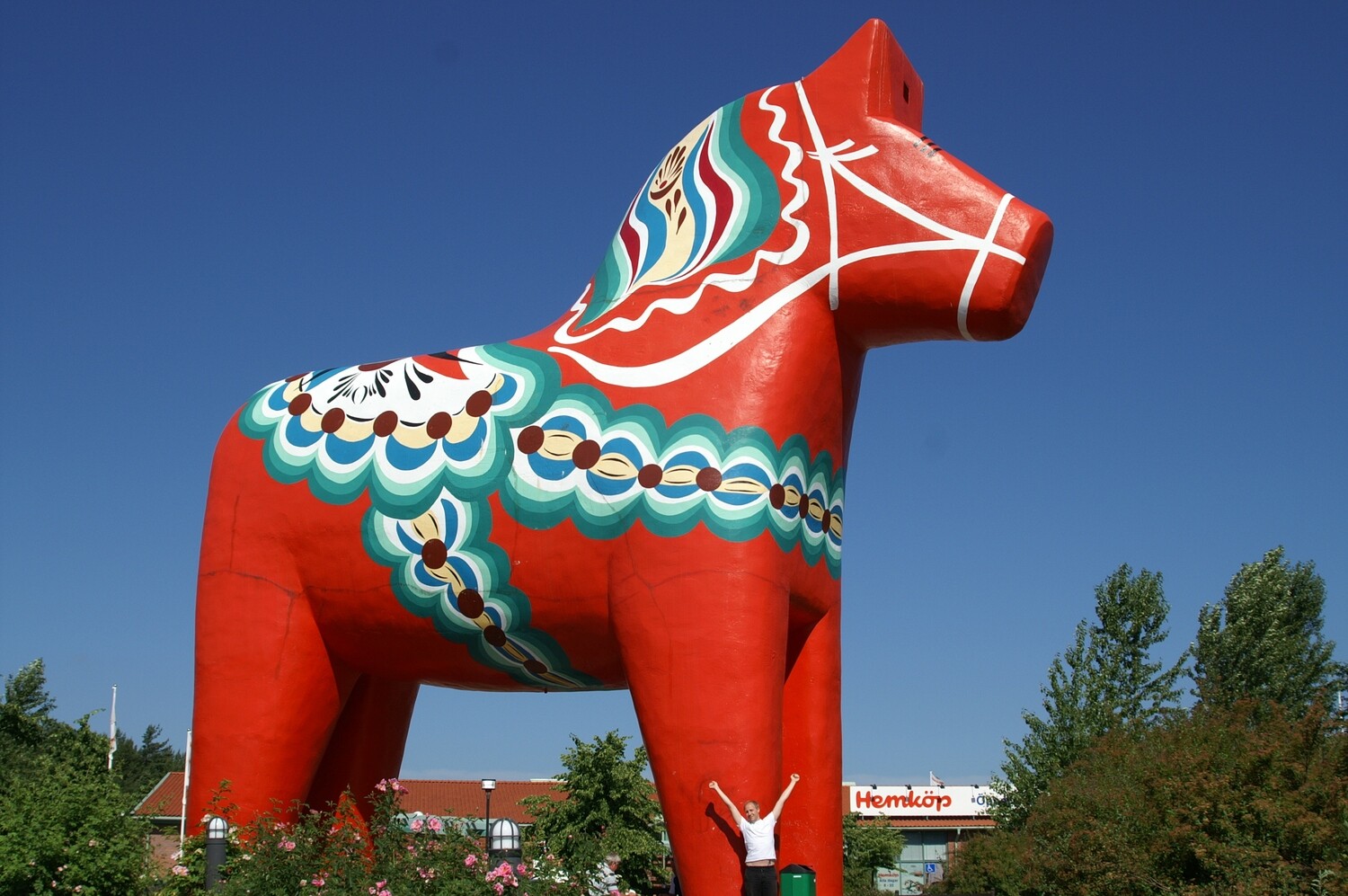 Here follows a pretty literal but not singable English translation;

(In the first verse you have two synonyms for the word ”devil”. I choose to translate them literarily: ”an klena” – ”the sick one” and ”an fangrå” – ”devil grey”.)

Isn’t it getting worse and doesn’t it hurt more

yes, isn’t there pain so I think I’ll die.

And isn’t there unrest and violence in the world

yes, isn’t the Sick One worse than ever before.

But God he seem capable to go into hiding

Yes, God is able to go into hiding

‘cause all I find is the Devil Grey.

Then came a whisper as from a dove,

a voice so dear as the clear well.

”You shouldn’t worry, I’m with you surely,

should I have left you, should I your Father?

This you must learn; if you want to come near me

you must walk a stony path indeed.

But if you believe the Divine word

If you think the Swedish language is a bit parochial in the global internet context – well, here we are talking r e a l l y local…

Yet of the three languages I am able to include in my list of lyrics, this is the one I am most happy and proud to be conversant in.

It is “Malungsmål”, the local language still spoken in that part of the remote forests of Dalarna where I was born. Still - but who knows for how long…

It is a special place.

In the southern parts of Sweden, and all over Europe, with the exception of Switzerland, you would find that people were divided into landowning and landless classes, a system that never developed here. Maybe the land was to poor and remote to support anything else but a one-class society. Or maybe - more likely - the people were too independent and self-willed to warm to anything else.

It is a well-known fact that the nation of Sweden has adopted cultural icons of Dalarna and made them into its own national symbols. The Dala-horse stands like the symbol of symbols for this, but along with it comes a variety of other cultural expressions: the music and the dances, the customs and the costumes, the folk-art as well as the art of Carl Larsson and Anders Zorn, which established pictures of Dala-homes as the image of the Swedish home abroad as well as at home. But could it also be said that the notion of an egalitarian well-fare state that Sweden loves to profess to the world - and at least in the past had some justification for – could also be a romanticized representation of Dalarna that the nation has adopted as its own? Reading old descriptions of the Dala- culture and commoners from the 15th century rebel Engelbrekt and onwards you can’t avoid the thought that Sweden has always put great pride in the manifestations of egalitarianism and independence found in the history of Dalarna.

This background is essential to understand the gist of the lyrics but I think I need to take you even further down the historical and cultural road in order to explain the full significance of this song.

All the cultural expressions mentioned earlier, the dances, the music, the costumes, the embroidery and the folk-art that we associate with Dalarna comes from the northern part of the landscape – the part that also has the unique old languages. But Dalarna is also a landscape of poetry– but there the distribution is the opposite. All the great poets of the province from 17th century Stiernhielm, “the father of Swedish poetry” via poets like Svedberg, Wallin, Karlfeldt, Dan Andersson and to present day Werner Aspenström and Bengt Emil Jonson are from the southern tip of Dalarna where the language spoken was Swedish, although with the typical Dala-accent. It is only in the very last decades that literature has emerged from the northern part of the province. For the simple reason the languages spoken there has not been written languages!

The first verse of the song is a lament. It speaks of how pain and violence seem to get the upper hand while God has gone into hiding. But in the second verse God answers, – and he does so in “Malungsmål”! This is the more surprising as one of the few occasions the old people of Malung would try to speak an awkward Swedish would be in prayer. Swedish was the language of the supremacy and God would definitely be included in that category and had to be addressed accordingly. So the thought of God responding in Malungsmål is quite a revelation!

Listen to a recording here!
Save this product for later
Display prices in: USD