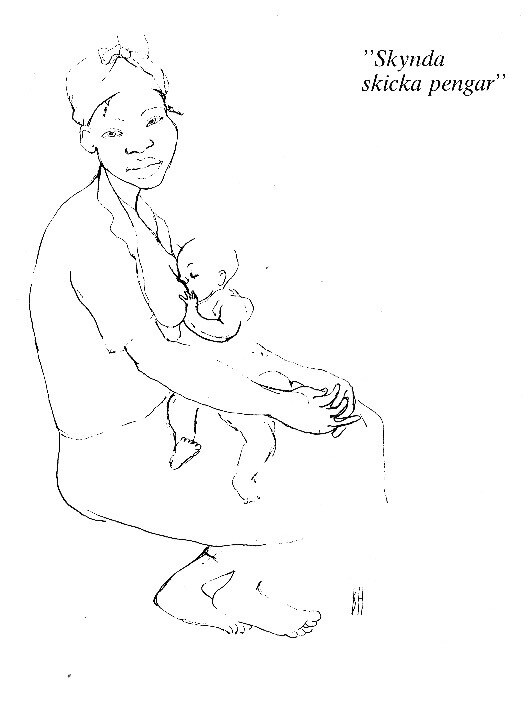 A South African song from Western Cape Province sung by the women left behind in the poor rural areas depending on the money, "mali", sent to them from their husbands working in the cities. The story goes back to the 1800's when a "hut tax" was imposed by the British colonial rulers in order to force the people in to a monetary economy and down the mine shafts. There are no reason to stop singing this song as there unfortunately still are too many similar schemes left in the world...

Try to keep two thoughts at the same time - the 6/8 and the 3/4 - to capture that wonderful African polyrhythm. And manifest it in your bodies: find your feet and feel the beat.