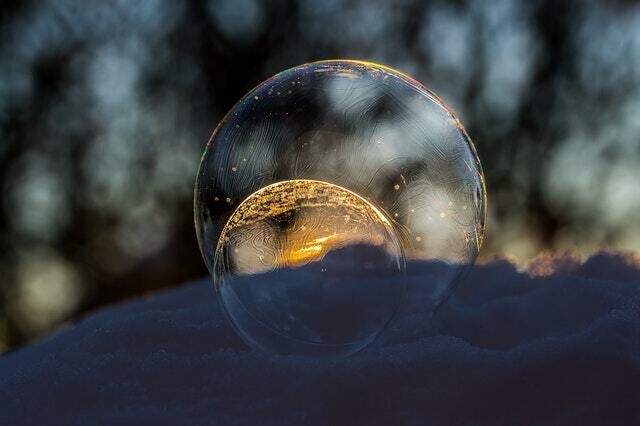 A song from the village of Skattungbyn, Dalarna. Just like the village itself, positioned high on the brim of the Siljan crater, this song embodies beauty and clarity. It has been seen as a song extolling the virgin Mary symbolically, in a time after the reformation where her cult was not allowed.

The arrangement spans an arch from its unison beginning to its unison end. The bass line moves contrary and the two lines and the harmonic complexities peak in the middle. Despite the harmonic richness which calls for careful intonation, try to retain the simplicity and clarity of the melody in your rendition all throughout the song.

The song is also available in an English version.

For those of you who want to go deeper in the arrangement it is discussed here with fellow arranger/composer Allen LeVines in an article in Berklee news:

During a July concert tour of Sweden with Stämbandet, the Scandinavian vocal ensemble that I direct, we had the opportunity to work with noted composer, arranger, and recording artist Anders Nyberg in a series of workshops.
October 1, 2010

During a July concert tour of Sweden with Stämbandet, the Scandinavian vocal ensemble that I direct, we had the opportunity to work with noted composer, arranger, and recording artist Anders Nyberg in a series of workshops. Nyberg is renowned in Sweden and South Africa for his work arranging and publishing folk songs from each nation.

In 1978, Nyberg first traveled to South Africa with his vocal group Fjedur during the country’s apartheid era. The townships’ traditions of singing and the role of protest and freedom songs in ending apartheid deeply impressed him. He has since published several folios of South African songs and Swedish folk songs from his native province of Dalarna, Sweden, which is about three hours north of Stockholm. (For more details on Nyberg’s recording and publishing career, and his role in cowriting the screenplay to As in Heaven, one of Sweden’s most successful movies, visit www.peaceofmusic.com).

Born in the Middle

“I was not drawn to folk music; I was born in the middle of it here in Dalarna,” Nyberg recalls. “In Dalarna, the folk traditions are very strong and meaningful to the people.” During his workshops, Nyberg theorized why Swedish music has been so well preserved over the years.

“Sometimes we think that in order to preserve an aspect of culture, you need to isolate it,” he says. He continues:

In the case of the province of Dalarna, it was the opposite. The people here were so poor years ago that there wasn’t enough work in the area to sustain them. Many of the men went to Stockholm to work, but Dalarna was still home to them. I met a guy recently on the train who was a seventh-generation stonemason. His whole family was involved in building Stockholm with their hands. He comes back to Dalarna in the summer for two or three weeks to the old homestead, as his ancestors did year after year. It was because of that migration that the cultural traditions of this region have been preserved. It’s not because the people didn’t have other influences. They had many influences but felt what they had at home was beautiful and they wanted to preserve it.

Through the years, Stämbandet has performed many of Nyberg’s arrangements. I was particularly struck by his sophisticated setting of “Kristallen den fina.” The group has sung other versions of it, but most rely solely on the beauty of the melody. Nyberg’s setting is notable for its outstanding arrangement. As a composer and arranger myself, I greatly enjoyed talking with him about his approach to this arrangement.

Nyberg is skillful with the vocal writing to gain the maximum effect without overly complicating the music. “I work a lot with amateur choirs,” he says. “The word amateur means ‘The one who loves what he does.’ I write a lot of simple things. A lot of composers don’t enjoy writing simply, but the star I try to follow is simplicity. But in the case of this arrangement, I wrote it thinking of an ensemble that is not your basic amateur group. I wanted to explore ideas I wouldn’t usually look at.”

An organizing feature of the piece is the bass line, which Nyberg describes as a “great arch” that supports the arrangement. The harmonization in the first A section (bars one through eight) is very straightforward. For the first five bars, the women’s voices sing the melody in unison, then the men’s voices come in at bar eight. Starting in bar five, the vocals feature a division of parts as the bass line begins descending sometimes chromatically, sometimes diatonically. To begin a new harmonization of the melody in the second eight bars, Nyberg descends in the bass to arrive at A minor, the subdominant chord. The soprano and alto voices split into four parts and feature a sprinkling of seconds in the top voices. The descending bass voice also becomes more active melodically.

All this movement, including a crescendo in bar 11, leads to a climactic point at the start of the B section at the pickup to bar 17. “This F chord is the big surprise,” Nyberg says. The vocal parts span two octaves and an augmented fourth at bar 17, contrasting with the opening bars of the piece where the melody starts in unison. Nyberg gradually adds voices in the arrangement going from one to seven voices by bar 17. Midway through the B section in bar 23, he begins thinning out the vocal texture. “I started dropping voice after voice until the end, where we are back where we started: with a unison in the soprano and alto voices.”

The B section goes to the relative major key (G major), and Nyberg explored the subdominant and subdominant-minor chords of the new key. “In jazz there is often movement to the dominant side, while pop and folk music move toward the subdominant,” he says. “This is a sound I like.”

The Significance of Unisons

To complete the arch design of Nyberg’s arrangement, his bass line begins ascending from a C in bar 25 to the final unison E in the soprano and alto voices, spanning an octave and a third. In summary, from the simplicity of a single note, the piece expands to an F major 11th in six voices, which gradually melts away, ending as it began with one tone.

Conceptually, Nyberg considered the idea of telling the song’s story beginning with unison singing, expanding to six parts, and then coming home again to a unison. “It’s as if I feel the pain of separation when the voices go from unison to multiple parts, and I feel joy when they come back together to unison at the end. This is a love song; some people say it is about Mary, the mother of Christ, referring to the woman as ’Kristallen den fina,’ or fine crystal. But I don’t think it is necessarily about Mary, it could be any beautiful girl. The lyrics imply romantic love.”

This arrangement is but one of many and demonstrates Nyberg’s skillful mastery of contemporary harmonic ideas, and his deep affection for the folk song traditions of Sweden.