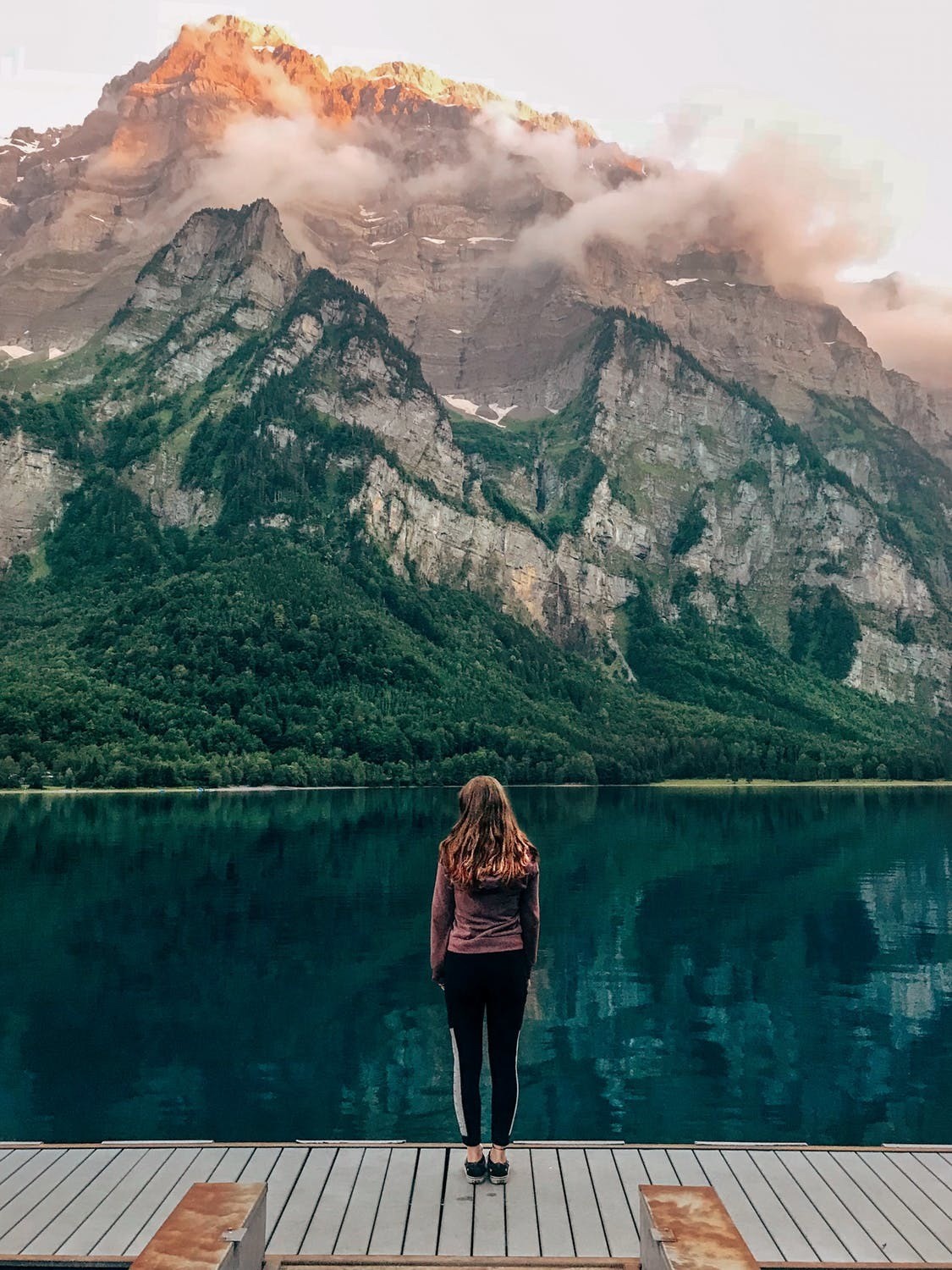 I am cradled so safe between mountain and sea.
So protected yet floating so flawlessly free.
I am wave, I am particle, child, I am God,
I'm the fish, I'm the star.

I'm the kick in your womb, I'm the kiss in your ear.
I'm the "I AM" transcending the time and the sphere.
I am here, I am near, I am now, I am dear.
I'm the child of all your dreams.
I'm the dream come true, I am you!

This song waited a long time to be published. "Mountain and sea" was written when our Gabriel was waiting to be born. He was big, 15 years old, when the song finally was delivered and released as a choral-piece on Peace of Music Publishing.

The lyrics probably call for some kind of explanation. Not that I have any, still not. But I do recall how it all came about...

When Jennifer was pregnant with our first-born we were renting a small house in Vriedehoek, Cape Town. It is an amazing place; a "peace-corner" tucked away underneath the rim of the Table Mountain with a beautiful view of the Atlantic Ocean. And it was an amazing time; Jennifer was in the first democratically elected parliament in a virgin nation trying to define itself as the baby grew in her womb. I was adjusting to one of the biggest changes in my life, wide-open to all the miracles happening around me. In this setting something unusual yet very ordinary happened. We were receiving these "messages". The sender was unknown. But we suspected the unborn child.

The "messages" came to me like a soft whisper, "a kiss in my ear" which Jennifer wrote down as I was saying them. It could happen really anytime and anywhere but not seldom when we were at peace in our bed at night. This particular time I remember very well. It was in the middle of the day. I was sprawled out across the bed, exhausted and exclaimed: "I feel like a starfish."

Then the soft kiss; "I am the star, I am the fish" (Those of you versed in biblical imagery know that, different as these images are, both have been used as symbols for Christ.) And then came a lengthy beautiful monologue which I later condensed into a song-lyric and put music to.

Apart from the obvious Cape Town reference the mountain and the sea can also refer to to the male and the female; "Nyberg" incidentally means "new mountain" and "Jennifer" means "white waves".

But more than anything the song speaks about the "original blessing" of a child. It is about our divine inheritance, and our unity in it. It is about being special because we are like everyone else. It is not about being the 1%, but neither the 99%, it is about being part of the 100%. The idea of "us" and "them" becomes meaningless. That is why we incarnate: "to learn the Oneness of all". Once at a choir-rehearsal after singing through the song without delving into the lyrics I asked the singers: Who is the "I" of the song? I got three answers: "Cape Town", "Jesus" and "an unborn child". Maybe they're all right. The oneness of all...