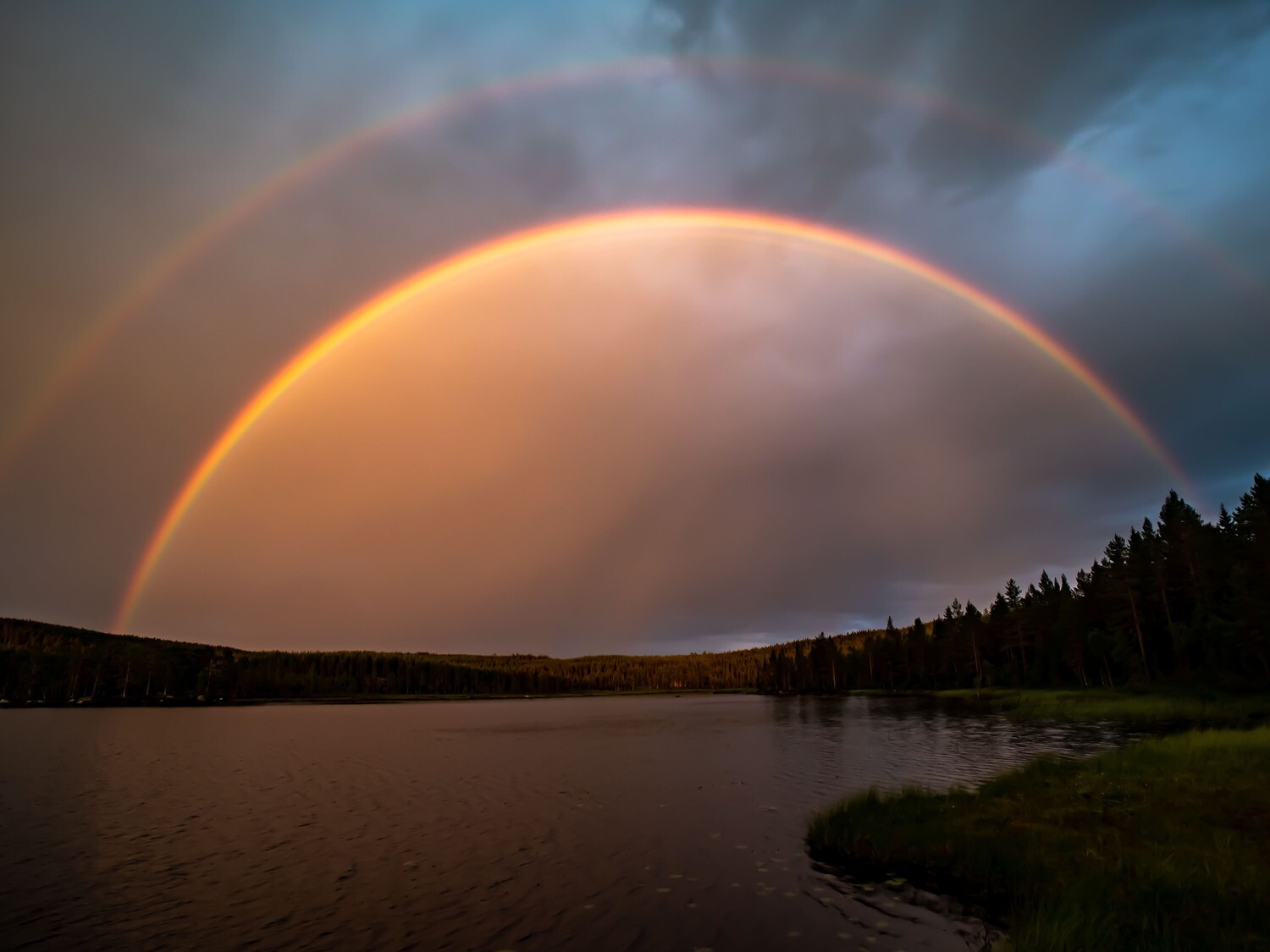 
Where is the Friend?

Where is the Friend, I seek in every instant?
So everpresent, yet forever distant.
From smallest straw to stars above abiding,
Where is He hiding?

I see His tracks in every glen and meadow,
in every shape and shade of light and shadow, i
n every breath, in every scent so pleasant
His love is present.

Sights are too bright for me, a mere mortal.
An arch of light and color is the portal
through which I'll go one day across the lake here
to meet my Maker.

This hymn, possibly Johan Olof Wallin's most wellknown, was the only one in the old hymnbook that did not include any religious terms. The divine is referred to as "the friend", and "the source". Wallin is said to have written it after being told that it is easy to write hymns - just add a few religious terms and cliches. Ingmar Bergman used the lyrics quite extensively in his "Wild Strawberries" in an argument about God's existence.
The song is a favorite of mine. I heard it as a child at the Kvillselen fäbod in Malung. It was sung quite fast and unsentimentally by shrill ladies voices. Wallin's longing lyrics coupled with childhood memories enticed me to treat it differently and give it a slow and yearning character. A fugue from the "Wohltemperierte Klavier" also has something to do with it. I whispered the answer of the counter-subject of the Bach fugue (BWV 874b) - which shares its 4 tones with the opening of the Malung Choral - into Åke Edvinson's ear just seconds before pressing record during the following recording session. It could not have been done earlier. Soul brother Åke caught it so elegantly - and Bengt Hallberg also registered it and fused it lavishly into his piano playing.

Here is a recording of this arrangement but with the Swedish lyrics.